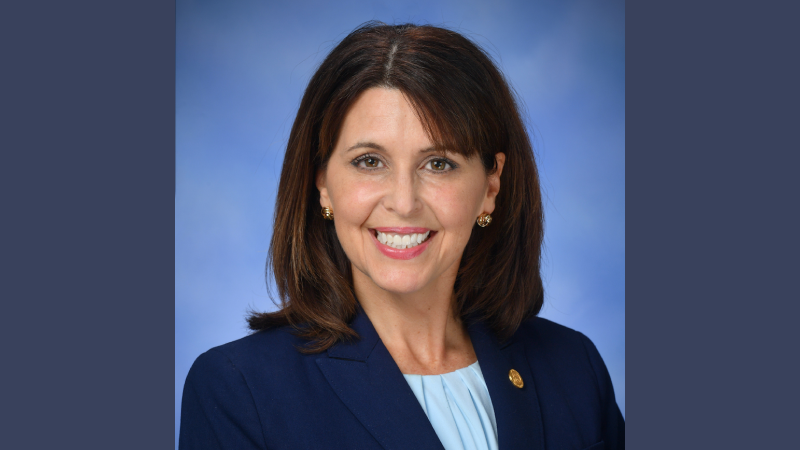 A plan from state Rep. Bronna Kahle to designate a portion of M-52 as the “Trooper Byron J. Erickson Memorial Highway” has been signed into law.

Trooper Erickson died on July 31, 1993 from injuries suffered about four weeks earlier in a vehicle crash near Tecumseh while in pursuit of a suspected auto thief.

Trooper Erickson, 36, was the 44th Michigan state trooper killed in the line of duty. He had served with the Michigan State Police for four and a half years at time of his passing and was survived by his wife and two-year-old son.

“Trooper Erickson gave the ultimate sacrifice to keep his community and fellow citizens safe,” said Kahle, of Adrian. “First responders make an immense sacrifice when they put on the uniform each and every day, and this memorial will serve as remembrance for Trooper Erickson’s life and dedication.”

In the years following Erickson’s death, his wife, Laurie, remarried and she and her second husband together founded Thin Blue Line of Michigan (TBLOM) – a non-profit organization which provides financial and legal assistance, funeral and college stipends, medical equipment, counseling and support for other areas of hardship to the families of injured, disabled or deceased members of law enforcement. The organization also supports the families of firefighters, dispatchers, emergency medical service personnel and corrections officers.

Although Laurie has passed away, the couple’s son, Severin, along with Laurie’s second husband, continue to help first responder families through their work with TBLOM.

The portion of M-52 that will be named for Trooper Erickson will stretch from Curtis Road on the north side of Adrian to M-50 on the south side of Tecumseh. The Michigan Memorial Highway Act was enacted in 2001 and allows for the naming of bridges and highways within the state.

State Rep. Bronna Kahle today objected to Gov. Gretchen Whitmer’s attempt to shut down the natural gas and oil pipeline that runs through the Straits of Mackinac.

Rep. Bronna Kahle today voted in favor of funding to help continue the state’s recovery from the COVID-19 pandemic – starting with additional support for students and families.