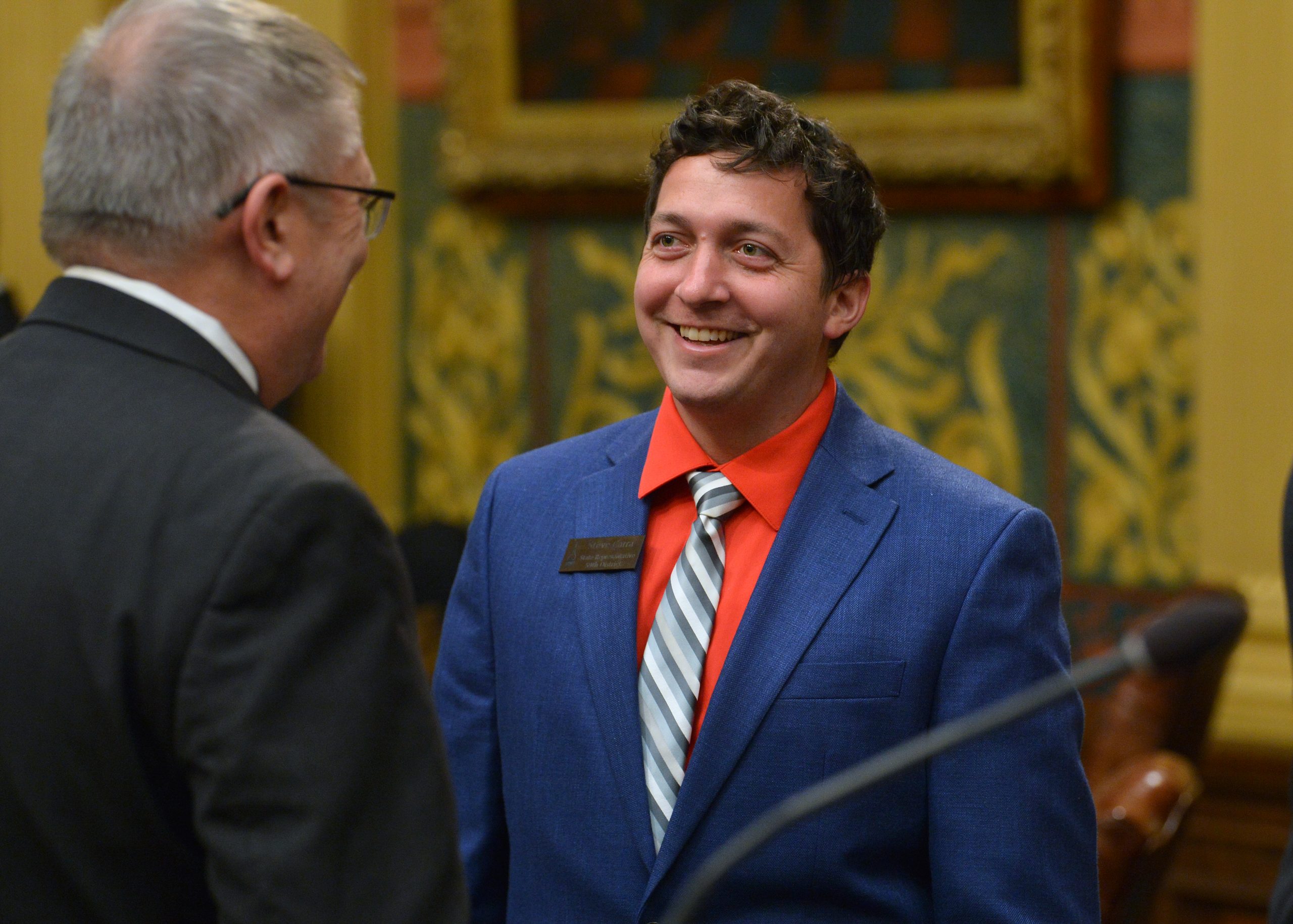 The Michigan House Freedom Caucus Leadership today expressed their concern over Gov. Whitmer’s attendance at the World Economic Forum. The leadership of the Michigan House Freedom Caucus, composed of Chair Rep. Steve Carra, Vice Chair Rep. Matt Maddock, Secretary Rep. Rachelle Smit, and Parliamentarian Rep. Angela Rigas, express their concern that the leader of the state of Michigan is traveling to Europe when she should be focusing her efforts on working with the new Legislature to repeal government red tape that has harmed small businesses for decades.

The governor’s trip to Europe will include a stop in Davos, Switzerland, where she will speak at the World Economic Forum in an attempt to gain new business with electric car manufacturers, after already handing out $2 billion in tax incentives to the electric vehicle industry. Last year, the Michigan Legislature gave Ford Motor Co. $100 million to “create” roughly 3,000 jobs to make electric vehicles here in Michigan, only to then announce 3,000 layoffs. A Ford spokesperson, Mark Truby, told the Detroit Free Press in August 2022 that “The majority of our employee base is in Michigan so therefore a significant percentage of the job cuts are in Michigan.”

“This is another example of an unfair playing field set out by the governor, where certain politically connected groups reap financial rewards while their competitors don’t,” Carra said. “These companies receive taxpayer handouts while laying off hard-working Michiganders. It’s not right.”

Rep. Rigas questions how the governor can tout her commitment to the environment and workers’ rights while subsidizing an industry that relies on lithium battery mining and child labor.

“It shows an unbelievable level of hypocrisy, and we must hold the governor accountable,” Rigas said. “Many potential lithium sites in the United States cannot currently mine due to various environmental lawsuits.”

Another concern facing the Freedom Caucus Leadership is that the World Economic Forum is a major promoter of globalism.

“American ingenuity is nothing to be scoffed at and we should not have our governor going overseas when there are companies here in the U.S. that deserve our attention,” Maddock said.

The World Economic Forum has articles praising trade deals, such as NAFTA, which have led to 168,403 manufacturing jobs being displaced in Michigan alone, according to 2018 Bureau of Labor statistics.

“Michiganders are more worried about their right to work being taken away from them than having government expansion of electric vehicle plants,” Smit said.

The Freedom Caucus Leadership urges Gov. Whitmer to return to Michigan to focus on crafting fair legislation for all businesses to succeed.