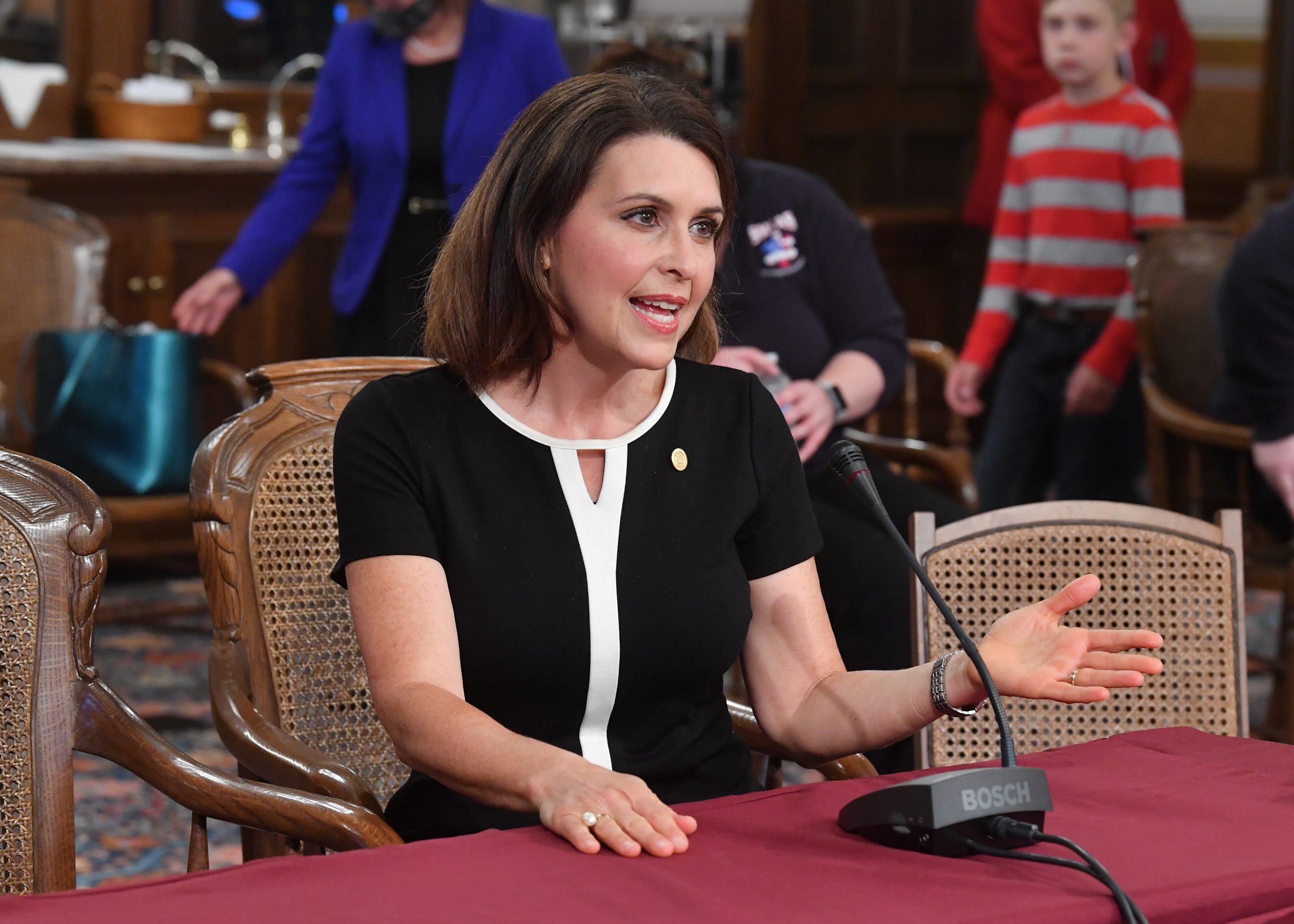 State Rep. Bronna Kahle believes findings from the state Auditor General show the Whitmer administration made key errors that prolonged confusion and anxiety for many Michigan workers as they sought assistance from the state unemployment office during the pandemic.

The Auditor General disclosed that several actions – as well as some blatant inaction – by senior leadership at the Michigan’s Unemployment Insurance Agency contributed to a poor control environment, which in turn led to the creation of a Pandemic Unemployment Assistance (PUA) application and certification process that was not compliant with federal regulations.

The House Oversight Committee has held multiple hearings on the issue, identifying that the agency failed to notify nearly 700,000 people of the state error involving invalid PUA qualification for months before finally sending a letter that caused fear and confusion by mentioning the possibility of back payments.

“The audit proves there was a significant level of avoidance happening from the top down within the governor’s administration,” said Kahle, of Adrian. “Michigan workers have experienced countless problems with the unemployment agency for nearly two years, creating huge hurdles for their families. The governor’s team has failed to be open and honest about the situation from the beginning.”

The unemployment agency paid out hundreds of millions in fraudulent claims, delayed payments for months to tens of thousands of people who were out of work under the governor’s pandemic orders, and continually obstructed legislative oversight and deceived federal regulators by stating the problems had been addressed.

“What’s worse is that the governor repeatedly vetoed budget plans to inject additional funding into the unemployment trust fund to offset fraud-related losses,” Kahle said. “Leaving Michigan’s small businesses on the hook for her administration’s mistake.”

In its report, the Auditor General also determined the state agency continued to make improper eligibility determinations and related overpayments for nine months after the U.S. Department of Labor first notified the Whitmer administration of the problem.

Nearly $4 billion in overpayments were made due to the noncompliant eligibility criteria, according to the audit. From March 15, 2020, through Sept. 27 of this year, the agency paid nearly $39 billion in total unemployment insurance from 5.4 million claims and just over 3.4 million claimants. The PUA claims are included in the total figures.

Kahle said the failure of leadership within the unemployment agency continues to cause hardship for people throughout Lenawee County and across Michigan. For the past two years, she and her staff have worked to rectify issues that hundreds of local workers have had with the system.

The audit report is the first in a series of expected audits on the Whitmer administration’s processing of unemployment claims during the COVID-19 pandemic.

State Rep. Bronna Kahle (R-Adrian) delivered testimony before the House Health Policy Committee on Thursday in support of her plan to increase the number of mental health professionals serving K-12 students throughout the state.

State Rep. Bronna Kahle (R-Adrian) was recognized for being a champion for crime survivors at the Survivors Speak Michigan event at the capital today.

State Rep. Bronna Kahle (R-Adrian) joined her House colleagues this week in advancing a state budget plan for the upcoming fiscal year that works to provide people with real tax relief while investing in important services.