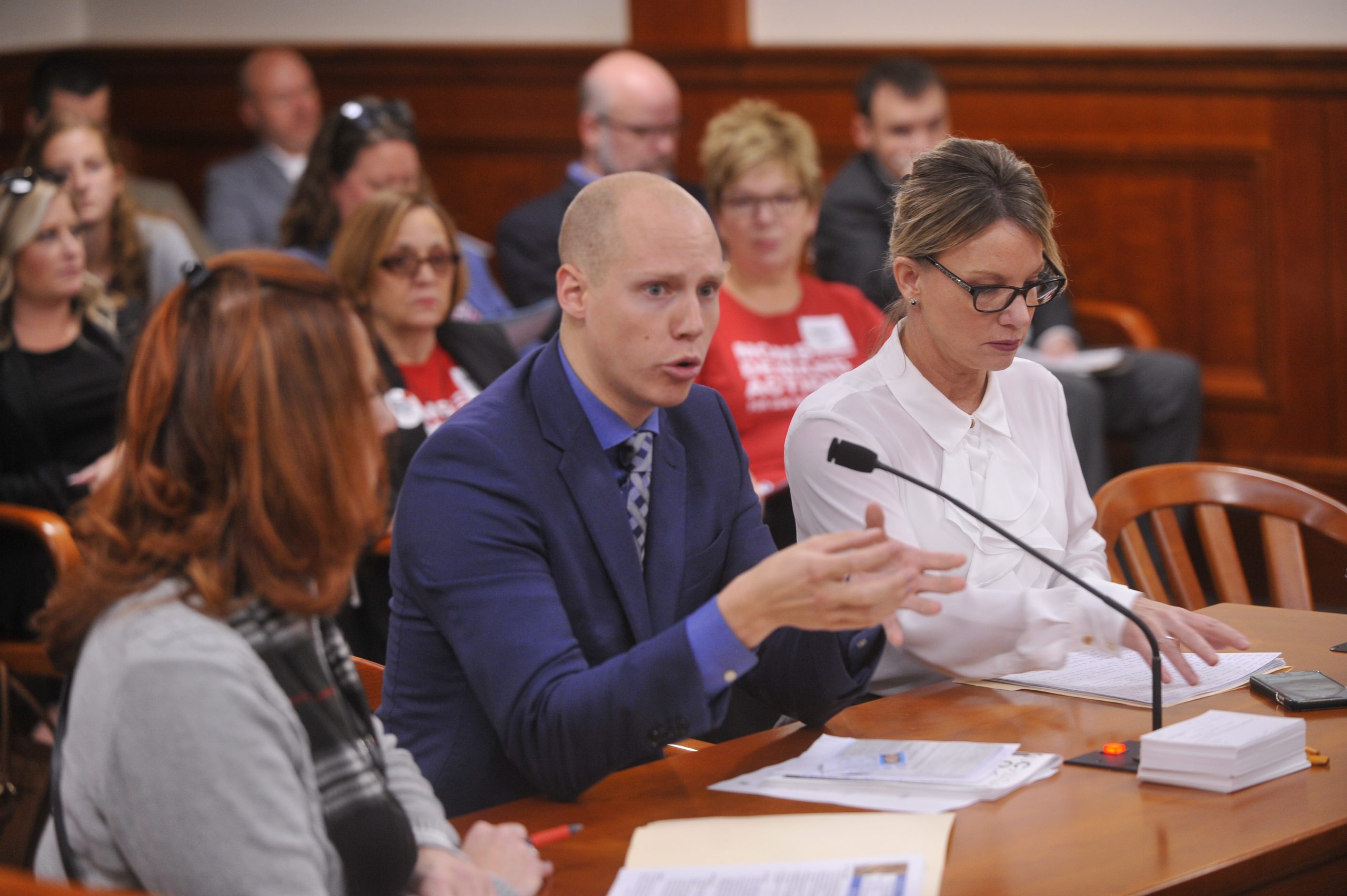 State Rep. Steve Johnson, of Wayland, this week testified before the House Military, Veterans and Homeland Security Committee in support of a bipartisan plan he is spearheading that would implement Constitutional Carry in Michigan. Constitutional Carry means that one does not need a special license or permit to legally conceal carry a firearm.

States across the country have adopted Constitutional Carry in a push to secure individual liberties. Johnson said that the U.S. Constitution and the Michigan Constitution are abundantly clear that one has an individual right to self-defense, and for the government to require one to pay a fee to express that right is unconstitutional.

“This legislation simply allows law-abiding citizens to exercise their Second Amendment rights,” Johnson said. “Protecting yourself should not be a criminal activity.”

Johnson’s plan would repeal the requirement to obtain a license to carry a concealed pistol for people who are not otherwise prohibited from possessing pistol. The legislation would also allow legal gun owners to legally carry in places where either open carry or concealed pistol license holders are currently allowed.

“It’s time we end the restrictions put on those asserting their God-given right to self-defense,” Johnson said. “Constitutional Carry will reduce barriers to our most vulnerable populations and ensure they have the ability to protect themselves and their families.”

If Johnson’s plan is approved, Michigan would join a growing list of 15 states that have passed similar laws protecting Constitutional Carry.

House Bill 4770, along with the rest of the sweeping bill package, House Bills 4771-4774, remain in the House Military, Veterans and Homeland Security Committee for further consideration.

PHOTO INFORMATION: State Rep. Steve Johnson testifies before the House Military, Veterans and Homeland Security Committee in support of his plan protecting the Second Amendment rights of Michiganders on Tuesday.

Today, State Representative Steve Johnson was sworn in for his third and final term as representative of the 72nd District, which includes Leighton Township, Dorr Township, Gaines Township, Wayland Township, the city of Wayland, and the city of Kentwood. “I’m looking forward to my final term in the House,” said Rep. Johnson, R-Wayland. “We need […]

State Rep. Steve Johnson’s House Bill 5126, which requires drain commissioners to include assessment amounts and project details in drainage notifications, was signed into law by the Governor.

On Wednesday, Dec. 30, Governor Whitmer vetoed HB 4866, which would have allowed military surplus vehicles that are over 25 years old to be eligible for a “Historic Vehicle” registration.  “The governor falsely claimed safety concerns even though those safety measures were addressed in an amendment to the bill that brought in support of the […]