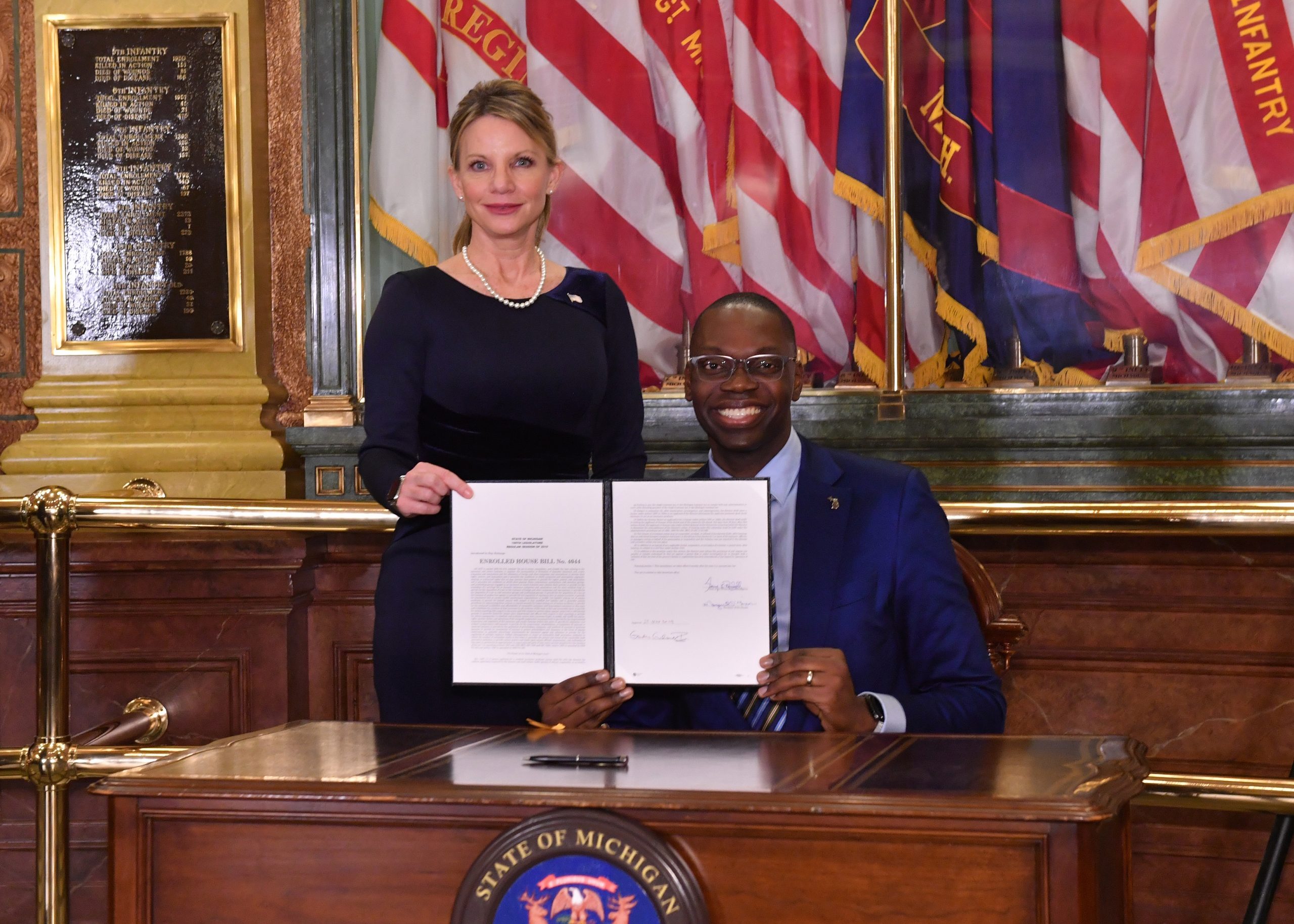 A plan spearheaded by state Rep. Michele Hoitenga helping Michigan residents with felony convictions get back on their feet and further their careers has been signed into law today by Lt. Gov. Garlin Gilchrist.

Gilchrist is serving as acting governor while Gov. Gretchen Whitmer is out of the country on a trade mission.

House Bill 4044 gives the director of the Department of Insurance and Financial Services (DIFS) more flexibility licensing those looking to practice insurance in Michigan.  Under the new law, the director of DIFS no longer is required to automatically deny applicants with prior convictions older than 10 years so long as they are not violent, criminal sexual conduct or financial crimes.

“A past felony conviction that is completely unrelated to the insurance realm should not end an aspiring insurance agent’s ability to sell insurance in the state of Michigan,” said Hoitenga, of Manton. “This is about giving people an opportunity to turn their lives around, be productive members of society and provide for their families. No longer will a blanket prohibition deny them that chance.”

The law also installs a “good moral character” standard, further allowing the director of DIFS to issue an insurance license to someone who would otherwise be prohibited from being eligible. Hoitenga said criminal justice reforms have been a focus of the 100th Michigan Legislature, adding she’s pleased to see such overwhelming bipartisan support for her plan.

“Elected officials from both sides of the aisle have been able to work together finding solutions on criminal justice reform,” Hoitenga said. “I look forward to seeing the positive impact this law makes in the lives of many by putting an end to an unfair, anti-competitive practice.”

“It’s an honor my bill was chosen to be the first legislation signed by Lt. Gov. Gilchrist,” Hoitenga said. “I am very excited for his historic accomplishment and milestone.” 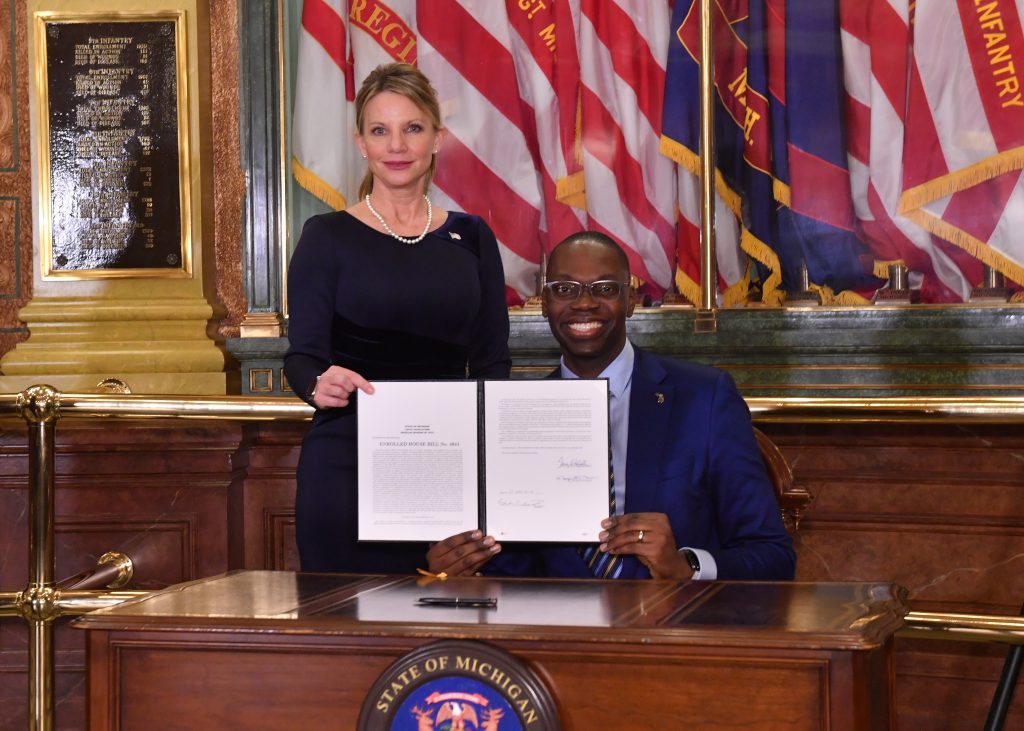 Rep. Hoitenga testifies Wednesday before the House Government Operations Committee on her HB 6354, which would reduce the penalties for failing to report a deer harvest online to the Department of Natural Resources within 72 hours from a misdemeanor to a civil infraction. The legislation was approved in the full House Wednesday afternoon by a […]

COLUMN: Energy powers our lives and our economy

By state Rep. Michele Hoitenga Oil and gas is not only a reliable source for powering our homes and vehicles, it drives our economy. For Michigan, and for many states across the country, activity from this industry trickles down into many other sectors and supports countless other businesses. However, some on Capitol Hill want to […]

A plan from state Rep. Michele Hoitenga making needed reforms to a state registry tracking perpetrators of child abuse and neglect was unanimously advanced by the Michigan Senate on Wednesday.